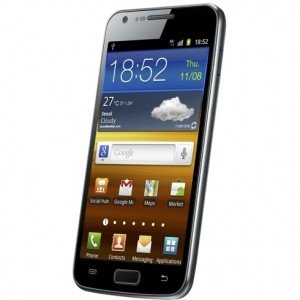 LTE stands for Long TermEvolution, one of two commercial systems developed as Fourth Generation of Mobile Wireless Standardgenerally known as 4G. LTE standards provides broadband internet to cellphones and tablets. Comparing to 3G network, LTE data transfer speed is almost 4 times faster. All that does soundamazing, but the fact is thattheseare just thebeginningsof its use, and only small part of the world is really covered with this type of network. It is also very important to understand that Samsung Galaxy S2 LTE,which is the theme of our review , is not the same as Samsung Galaxy S2 HD LTE.First there was Galaxy S2 announced inFebruary2011, then Galaxy S2 LTE in August same year and one month later - Galaxy S2 HD LTE. The HD LTE model isimprovementof itspredecessor. It isslightly smaller and lighter phone with bigger display size and bigger pixel density. Now, we can go back to our star. [caption id="attachment_2632" align="aligncenter" width="300"] Samsung Galaxy S2 LTE[/caption]

Difference between regular S2 and new and improved S2 LTE version is visible at first sight. LTE version has 4.5” screen which is 0.2"wider then basic model. With 132g and130.9 x 69.9 x 9.4 mm dimensions, improved model is heavier and bigger. It has Micro USB port for charging, volume buttons and noisecancellationmicrophone. [caption id="attachment_2626" align="aligncenter" width="300"] Samsung S2 LTE vs Samsung S2[/caption]

* old version of Android (Gingerbread) * low battery power. It is our opinion that this model will be a great one - in near future, but for now until there is a lack of network coverage ourchoiceisdefinitelyGalaxy S II. Which one would be your choice? Source