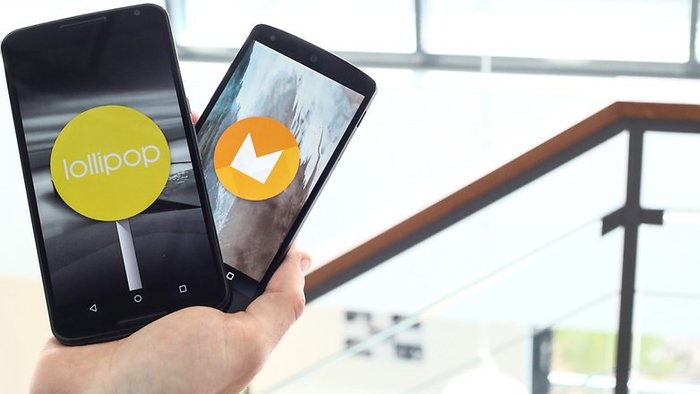 Android 6.0 also known as Android Marshmallow has been released this October. According to tests we have been able to do so far, Android Marshmallow is a pretty good upgrade that fixed many problems that Android Lollipop had. To show you exactly what we referring to, we will make a comparison between the two operating systems. So, let's start!

Android Lollipop: we need to approve a massive amount of permissions when installing the app. And we often don't pay attention to individual permits, we just hit "Accept". Android Marshmallow: we can reject or approve particular permission from individual apps when we need them. For example, when using voice message recording inside Viber we will get prompted to and asked for permission to use the microphone. Another thing that we can do is to go into permissions setup for a specific app and tweak it anytime. [caption id="attachment_8323" align="aligncenter" width="300"] Improved App permissions on Android Marshmallow[/caption]

Android Lollipop: not supported by operating system, but it was a part of most high-end devices, Android Marshmallow: has native support for fingerprint authentication that allows developers to make use of this function for unlocking devices, logging into apps and content and make purchases via web stores.

Speaking of web stores, Android Pay is an enormous Google’s project that is under development for years now. It is simple and secure, and you no longer have to carry your wallet around. Android Lollipop: Android Pay is not supported on this operating system. Android Marshmallow:it works only with Android 6.0, so far. We can sync the app with our credit or debit card and use it with a broad range of retailers and brands. This service is currently available in the USA only, but Google announces that it will spread all over the world quite soon. [caption id="attachment_8324" align="aligncenter" width="300"] Android Pay in action[/caption]

Android Lollipop: when opening a link from another app you could choose default browser - Chrome or Internet. Some applications used Internet natively. Android Marshmallow: finally, Android has paid some attention to web experience and released us from that horrible Internet thing. When you open a link now, a custom Chrome tab will open as an overlay. In this way, you will be able to enjoy all the benefits of a fully functional browser without exiting the original app entirely.

Android Lollipop: users are facing constant battery drains. A neat step forward are lock-screen notifications, but nothing much besides that has been done to prevent poor battery life. Android Marshmallow: One word, Doze. Doze mode detects when the smartphone is not in use for a while, and it puts a phone to sleep. It turns off a bunch of background processes that consume too much battery and gives only calls, messages and alarms to pass. Doze was tested on latest Nexus devices, and it gives twice as much standby time than Android 5.1.1 Lollipop does.

Android Lollipop: if you wanted to use RAM manager, you would have to download a third party app from Google Play store. Android Marshmallow: the operating system is now keeping an eye on our phone’s Random Access Memory. It will show us a more detailed background of which apps are using RAM and how. Now that we know that, we can disable them, or restrict them access to specific parts of our smartphone. In a long run, such monitoring will help our devices to work faster.

Android Lollipop: Google Now is here, and you can talk to it and use its services. You need to be very accurate to be able to use it. Android Marshmallow: Google Now is under a spotlight. It is smarter, faster, more precise and responsive than ever before. Google now understands the text better, is more proactive, and learns from your behavior. You can activate it by using a Tap gesture on a home button. It will activate immediately inside your current app and provide you with additional information. [caption id="attachment_8325" align="aligncenter" width="300"] Google on Tan on Android Marshmallow[/caption]

Who is the winner?

If this were a battle of sweet treats, we would have to declare a winner at the end of the match. So, here we go - the winner is Marshmallow! And here's why: it is more reliable and secure, it has better app permission management, and it saves battery for us. Sorry Lollipop, but we think that it is time for you to retire. Images from: the Verge, AndroidPit, MacObserver.