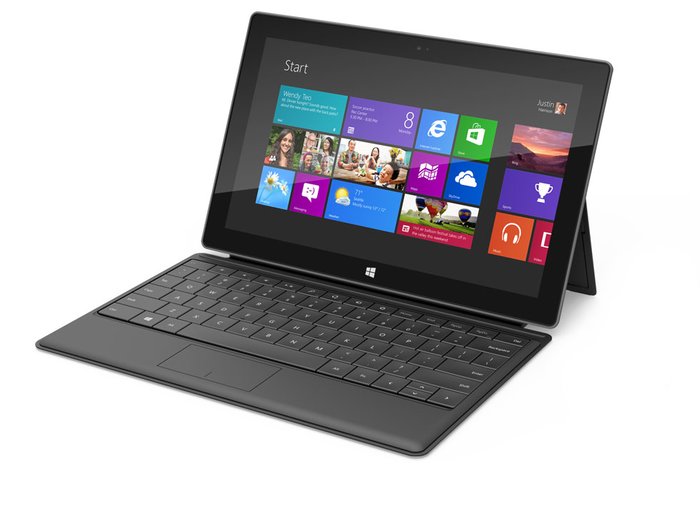 Finally, it's ready. Microsoft presented its tablet, with new platform Windows 8, called Microsoft Surface. This is the first Microsoft tablet with new Win 8 OS, so we should expect speed, flexibility and personalization. Price? It's a still a secret... What we know is that there will be two versions: Win RT and Win 8 Pro. [caption id="attachment_2479" align="aligncenter" width="300"] Microsoft Surface tablet[/caption]

First impression of its design: is a tablet or laptop? And that is the goal of the Microsoft vision. The main part - display, is touchscreen with 10.6 inch size. Dimensions are very close to dimensions of some smartphones - version RT is only 9.3mm thick, which gives weight of 676g. Windows 8 Pro is not so different - 13.5mm and it has 903 g. What is great with this tablet is when you want to start typing, you just use the protective cover as keypad, with qwerty organization. Microsoft offered range of colors of keypad to chose from, like black, grey, red, blue and pink. Very nice... [caption id="attachment_2480" align="aligncenter" width="300"] Microsoft Surface tablet - colors[/caption]

*no 3G or 4G support What do you think about Microsoft Surface tablet? Please, leave a comment: Source